For this project we were tasked with charting how we spent our time for 24 hours then making a video about it. I recorded audio in the recording room of our classroom, edited it in Audacity, then put it in a YouTube video with some pictures. The pie chart was created using PowerPoint. The images I’ve embedded are from my personal Flickr account. 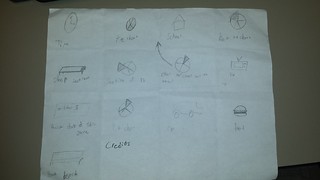 Time. It is the base of everything we do. Every task takes up time, every thought process, every breath. We spend our whole life being propelled forward by this “thing”, this outside force, this limitation.

As an introduction project into sound we were tasked with creating a chart of how we spent our time in the previous 24 hours. After tracking my time I came to the unwanted conclusion that I spend most of my time actually at new market. Not that new market is bad, but I really don’t want to be spending over 1/3rd of my day there.

My next largest chunk is sleep. I try to sleep for at least 8 hours a night, which is under the norm for people my age. I should be pushing over 9 hours of sleep, but ain’t nobody got time for that.

Coming in a close 3rd is time spent on TV. Now I know this isn’t exactly “healthy”, especially when you notice that 25% of your day is 6 hours of it. I’m not sure which one of those sounds most impressive but bottom line is that it’s a little too much. Last night was a bit of an exception because the RNC was on, I usually try to limit myself to a MAX of 4 hours. Or at least that is usually what I have time for. Also I mean who can blame me for playing the Witcher for that long? That game is near perfect.

The next hour and a half is spent driving, making and eating food. Of course these don’t all happen at once, I try as best I can not to cook and drive… This category is another of those that changes day to day. Whether I’m having to make dinner that night, have somewhere to go after school, or if i’m feeling in a good when I wake up and make a big breakfast, all these things change how long I spend in this category.

And that’s all I got to say about that…. 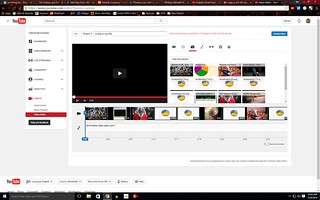 I mentioned this in the video but I didn’t fully realize how much of my day was spent at school, nor how much I spend with the TV. From a production standpoint this was all new to me. I had messed around with Audacity a little before but nothing with actual results. It was a fun and interesting project, trying to figure everything out was quite a challenge.

The hardest part of this was actually finding the pictures. We used the Creative Commons so not to infringe on copyright but with that limited availability it was difficult gathering pictures that would convey what I wanted to show. I also had a hard time listening to my own voice. I actually did a lot of the editing with the sound turned down really low so I didn’t have to hear my self as much.

Here is a tutorial I followed: